The future in insurance

Technological innovations are creating a world of new opportunities and experiences in the insurance industry whose positive and negative impacts on society and the economy are not yet fully anticipated. But profound changes are already identifiable in companies’ internal processes and how they relate to customers. Insurers have developed new analytical skills by leveraging the sheer amount of information they have from customer interactions, telematics, social networking, and other sources. And in this way, the classic, conservative and distant insurance industry has become a near, available and modern activity.
Mergers and acquisitions are likely to intensify in the near future. Several factors in the global business, industry and company environment determine this trend. At the macroeconomic level, the maintenance of historically low-interest rates, particularly in Europe, in an environment in which attractive investment alternatives are scarce. For large insurance groups, investing in companies within the ecosystem is an increasingly attractive option for investing the resources generated in the “inverted” insurance production cycle.
At the industry level, there is a clear overcapacity and growing difficulty in growing organically, especially in mature markets such as Europe and the United States.
At the company level, the emergence of new critical success factors, such as data science skills, which many insurers lack. The establishment of strategic alliances between insurers and between insurers and the new technology-based players, Insurtech, has been one of the ways to address the absence of these new competencies.
Climate change is the third unavoidable theme, which has been gaining high relevance in insurance, with detrimental direct and indirect effects on the profitability of the industry. Directly, natural disasters generate huge losses annually for insurers and reinsurers, with the aggravation of their tendency to worsen in the coming years. According to SwissRe[1], while there was no major natural disaster in 2018 at the Katrina level in 2005, the Japanese tsunami in 2011, or Hurricane Harvey, Irma or Maria in 2017, smaller-scale disasters will have caused death. of 13500 people and economic losses of USD 155 billion.
But in addition to the direct effects, natural disasters have also caused an increase in the degree of uncertainty associated with the insurance industry, increasing the risk for investors and thereby reducing their attractiveness.
In addition to these topics often referred to when identifying trends in the insurance business, it is important to go further in projecting the profound changes that are changing the insurance business. The next six topics are central determinants of this evolution.

[1] Swissre.com,Confronting the cost of catastrophe

The future in insurance (Part 2/3)

The future in insurance (Part 3/3) 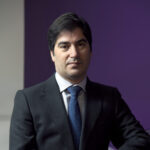